We are incredibly excited to welcome a host of sensational a cappella professionals who will be running workshops and picking a Judges’ Favourite at Sunday’s Community Showcase. Over the next few days we will introducing you to each in turn. First up… Nick Girard from The House Jacks.

Nicholas Girard is a singe 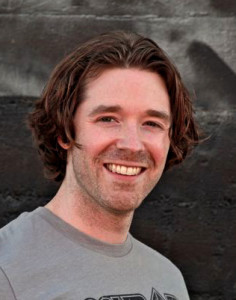 r, vocal percussionist, arranger and audio engineer. In 2006, he founded the award winning Boston-based vocal group Overboard. In 2011, the group launched the Free Track Tuesday project in which they arranged, tracked, edited and mixed a new song each week for the whole year. This ambitious project attracted the attention of EPIC records and Girard was hired to arrange, produce and engineer for NBC’s The Sing-Off. In late 2011, he joined the pioneering vocal band The House Jacks and has been touring extensively and working with vocal groups from around the world.