We’re really excited to be able to announce our judging lineups. Here’s the judges who will be picking our Community Winner. Remember you can get tickets here. 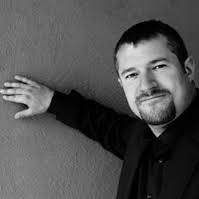 James Davey is one of the UK’s most distinguished and respected young choral directors, in demand for his work as conductor, choir trainer, choral education practitioner, arranger and adjudicator.

A graduate of the MA Choral Education course at Roehampton University, James is Musical Director for; Chantage – BBC Radio 3 Choir of the Year 2006, the Chandos Chamber Choir, the Aylesbury Festival Choir, the Fleet Singers and a number of work-place choirs, including staff choirs at Channel 4 TV and the London Mayor’s staff choir at the Greater London Authority.

Formerly the chief choral advisor for the BBC’s sheet music archives, James regularly conducts and prepares choirs for broadcasts on TV and Radio, and he is also a choir trainer for the Royal College of Music Junior Department, a Guest Conductor for the National Youth Choirs of Great Britain, and a tutor for the Cranleigh Choral Week, the Ingenium Academy and the Sherborne Summer School of Music. 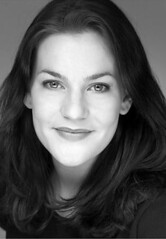 A graduate of The Royal Academy of Music, Jo began her singing career performing with the internationally acclaimed Swingle Singers and spent over six years touring world renowned music venues (La Scala, The Royal Albert Hall, and Ronnie Scott’s) and working with world class conductors such as Zubin Mehta and Antonio Pappano.

She has since been much in demand on the London session scene recording albums, TV and film soundtracks (Spectre, The Hunger Games Trilogy, Lord of the Rings, Harry Potter) and often performs with London’s leading vocal ensembles.

Jo also works as a soloist and a jazz singer (The Jo Marshall Trio, Cubana Bop). She is a choral director and vocal tutor for Blackheath Centre for Singing and has led a cappella master classes and choral workshops all over the world. 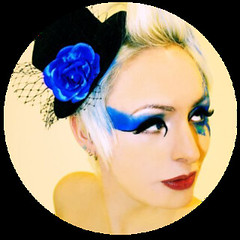 Since gaining her Bachelor of Music, Rachel has been teaching singing, composing songs and performing extensively. Rachel has also been the BRIT awards correspondent for BBC Somerset, and has judged choral contests, Show Choir Championships and taught Musical Theatre masterclasses in the UK, Canada and Ireland. She also composed the music and lyrics for two musicals that were performed in Somerset.

For four years Rachel was the Musical Director of the UK’s top show choir, Euphoria. The group won many awards and performed in New York, Dublin, Hollywood and at the Royal Albert Hall. In addition to arranging and teaching all the music for Euphoria, Rachel also composed original songs that were recorded by the choir for the album Hollywood Bound. One of these songs was the anti bullying anthem Body On Mute which won numerous awards, was the anthem for the charity Beat Bullying and has now been adopted by The Diana Trust to help raise funds for their anti bullying projects.

Body On Mute was performed by Rachel and the choir on stage in New York, Dublin on BBC radio, live television in Canada and on Sky television. Some of the performances were filmed and have received wonderful comments on YouTube from those currently struggling with the effects of bullying. The lyrics for the song have also been featured in an article written about the choir in the top American Show Choir magazine, and are now on a range of American Apparel t shirts. Body On Mute has also been played on radio stations across America as part of Songs for Social Causes.

Rachel is also a prolific arranger, and has been commissioned to write custom arrangements for vocal groups and show choirs across the world.

Rachel is currently studying for her Masters in Songwriting. She enjoys collaborating with other artists on new songs, and is currently working on a new album. Rachel is honoured to have been made a Fellow of the RSA (Royal Society for the encouragement of Arts, Manufactures and Commerce) in 2014 and a member of BASCA (The British Academy of Songwriters, Composers and Authors) in 2013.